Home FEATURED Development of mobile Network From ‘1G to 5G’ 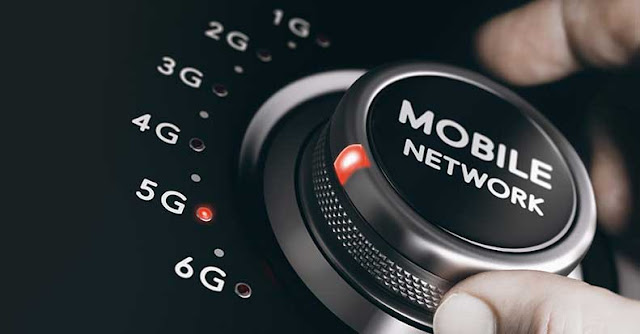 Radio telephones were further developed and came to be known as 1G, which was considered to be the first generation wireless telephone technology. The first analog telecommunication standard was introduced in 1980 with access to data ranging from 28 kbps to 56 kbps speed in addition to voice. In the late 1979’s and early 1980’s, Japan’s NTT launched the first generation mobile computing, followed by Denmark and Finland’s NMT.

Then, around 80 years ago, this technology became known all over the world. The development of mobile computing was only started from Radio Mobile or Zero G to 1G as 2G or second generation mobile computing was also introduced. The 2G mobile network was developed with digital signals that were not present in the previous Zero and 1G. 1 and Zero G were analog. Since the signals were digital, 2G provided data usage, encryption and decryption.

The first SMS service was introduced during 2G. 2G was operated on GSM standard and data could be sent to all mobiles. 2G networks are related to different frequencies such as GSM, CDMA 450, CDMA 2000, IS 95 (also called CDM One), PDC (used in Japan) and i-Dan.

Developers around the world have not rested, and as they wanted more, second-generation mobile networks grew and split into two sectors, called GPRS, or 2.5G and Edge, or 2.75G.

We get 2.5G in collaboration with OneX RTT and General Packet Radio Switching as a packet switching domain that can provide data transfer and speeds from 56 kbps to 115 kbps. It was developed for WAP, MMS, Internet connectivity and world wide web browsing. It helped with the need for more speed and lost 2.75G.

With the passage of time, the mobile network finally entered the third generation as GPRS started offering services at higher speeds.

The need for high speed and fast data transfer was met by the birth of the third generation mobile network system. The data transfer rate in this generation was 200 kilobytes per second. It was necessary to increase the speed of data transfer to make video calling, access to mobile TV and wireless internet connectivity possible on PCs and laptops using mobile phones as modems.

3G also gave more success than expected. So different countries started developing and working hard to bring new speed in mobile network technology. For the first time UMTS came with DHM and TM (QMB) and later UMTS was modified as HSPA to give speeds up to 22 Mbps. This speed was later called WiMAX technology and 3.9G. .

After a long period of development and hard work, the fourth generation came in mobile network technology which is called 4G. Due to the high speed and data connectivity and the need for different domains, it is said that today this new generation of mobile technology has evolved.

It is said that human needs are never met, and as a result, the need for Internet browsing, including 3D movies, streaming faster video and wireless connectivity, has been met by the next generation of mobile network technology, FourG.

While 3G was expanding, WiMAX and LTE were developed which were in the early stages but have now been released.

Compared to the order version of mobile technology, this fourth generation (4G) uses IP without using the circuit switching method, which transfers voice and data at extreme speeds and frequencies.

IMT Advanced Secure was set up to provide IP based telephony systems and IP mobile broadband systems to assist users with mobile gaming, video chat and other features. But Nepal has not been able to provide this level of speed in the recently launched Forge service. Nepal Telecom has initially provided 34 Mbps download and 10 Mbps upload speeds.

Researchers and developers are now working to build the next generation of mobile network technology based on their paper-based ideals, called 5G or fifth generation. As it is coming into use soon, it is understood that the estimated speed is from 1 Gbps to 100 Gbps even though there is not much information.

The giants of telecommunication have already developed new technology in the market and we are in their hands. So the question now is how soon we will be able to see the new technology.

The technology from radio to telephone to 5G is still evolving because both the use of mobile and its satisfaction is never enough for us. Now that we’re talking about the fifth generation mobile network generation, scientists and researchers have predicted the sixth and seventh generation Internet.