Home FEATURED Windows or Linux? Which One Is Better For You? 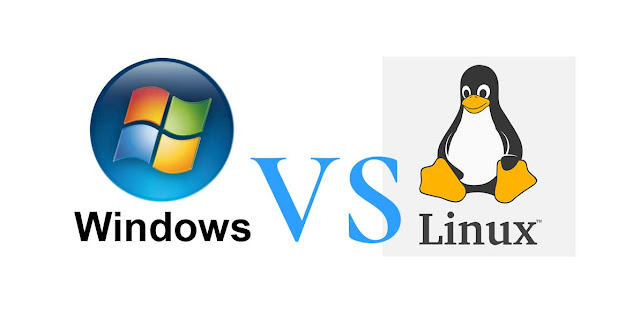 What is an operating system?

It provides a graphical user interface (GUI), manages resource allocation, handles input/output, and converts programs into processes. It also collaborates with all programs running on the computer.

Windows is a licensed operating system. It is designed to be easily operated by anyone. Windows user interface is very easy. The terminal can be operated with a simple mouse click without using any commands. Being user friendly, anyone can use it easily.

Microsoft Office, Adobe Photoshop and most of the computer games run only on Windows. Linux, Mac OS operating systems do not support these features.

Troubleshoot solves some of the problems by identifying itself. The Windows operating system is widely used as it is very easy to operate for both tech and non-tech people.

Linux is an open-source operating system. It is based on the Unix standard, which greatly supports programming. Being open-source, it allows the user to modify the original code. There are many Linux distributions available as the code modifies.

Linux has been the first choice of many for server setup. Both Windows and Linux have their advantages and disadvantages.

License Freedom on the operating system

Windows is a licensed operating system. You need a Windows license or product key to run Windows fully. If you’re using pirated Windows, you may have problems later.

Here Linux is completely ‘free’. You can download and run any distribution from the Internet. There is no problem with license and product key.

Booting is done only from the primary ‘key’ in Windows, but in Linux you can boot from any disk.

On Windows you don’t get the same distribution as on Linux. Microsoft itself updates Windows from time to time and releases new versions. Windows 11 is the latest version of Windows.

Since Linux is open source, anyone can modify the code to create a new distribution. You can enjoy Linux by running all the distributions.

You can download and use any Linux distribution like Fedora, Arc Linux, Kubuntu, Ubuntu Mate, Parrot OS from internet.

Windows is much more likely to be attacked by malware than Linux. Because of the licensing software, only a limited number of people have access to the source code. Windows requires a separate antivirus to keep the device safe.

When it comes to user interface, Windows is far ahead of Linux. Easy UI so everyone can use it. No programming knowledge is required to run Windows.

You can make maximum use of Office products by easily accessing all the files. Linux does not provide UI features like Windows. Since everything is done through the terminal, a little bit of coding concept is needed.

In terms of convenience, Windows is far ahead of Linux. Windows provides a good user experience. Navigation and layout is very easy on Windows operating system. Most control panel tasks can be managed from Windows settings.

On the other hand, the first choice of all programmers is the Linux operating system. Because of its security and reliability, many IT professionals prefer Linux. There is also a lot of flexibility in customization.

With the new Ubuntu 2204 LTS, the UI has also improved a lot. Once you learn how to use Linux’s Wit, Grip, programming improves a lot.